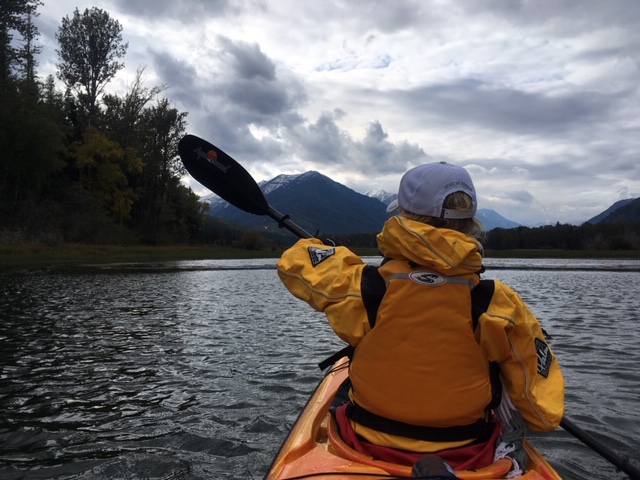 The instructor’s voice was serious and authoritative, her German accent rendering it non-negotiable.

“Time for the roll. Throw your body in the water, come up the other side.”

It was October in Norway. Along with the creeping hypothermia, I now froze in fear. Afloat in the numbing waters of the North Sea, the wind was whipping up waves and lashing the rain down like daggers.

Tucked inside the cockpit of my kayak, a ‘spray deck’ – like a skirt with a rubber seal around my waist – was attached around the oval lip of the vessel. It packed me in tightly, like a sardine in a tin; for after all, a kayak is meant to be an extension of the upper body. My lower body was now yellow, streamlined fibreglass.

“Time to roll,” the command bellowed again. But I knew that I didn’t have the body strength to fling myself into the water on one side and pop up on the other. I feared I would be stuck upside down, the weight of my vessel trapping me. Would I drown slowly, or perish from the cold first, I conjectured numbly?

“No fear,” we were encouraged, “One of the instructors will show you how.”

Sven looked like a real-life ‘action man’, melded as one with his kayak – a veritable extension of his broad torso and rugged, good-looking Nordic face. In the two-day Open Seas Kayaking Course, he projected calm, a modern-day Norse God on water who we all aspired to emulate.

With his paddle slicing the choppy water, Sven folded gently sideways into the sea like it was the most natural thing. One second, two, the bottom of his kayak pointing skyward, then on the count of three he popped up like magic… a perfect roll! He was unfazed, even his Tilly-hat remaining intact over his glistening golden hair.

One by one, the other students began plunging themselves into the frigid sea. I knew I was protected somewhat from the cold, at least my new neoprene wetsuit was doing its job of keeping me dry. With rubber cuffs that sealed out the water – at the wrists, ankles and neck – I could have been much colder than I was. The suit was a gift from hubby, more like a bribe, I now suspected!

We had just finished lunch, huddled on the shore as the rain pelted on our soggy smørbrød and any part of the body that wasn’t suited up. I had asked myself ‘what on earth was I doing here?’ I don’t like the cold, yet there I was enduring the elements on the shores of the North Sea, frozen and out my depth both mentally and physically. And all for the sake of a kayaking course? The instructor had even roped my kayak to his at one point, lest I drift off to distant Iceland. I reminded myself that it all came down to a pact… ‘the salsa-kayak pact.’ 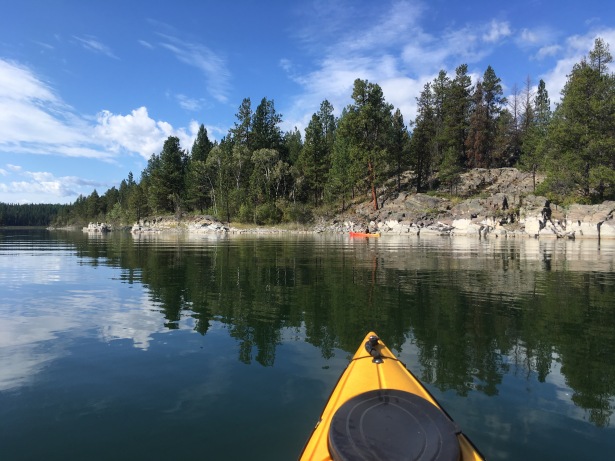 A few months prior, a friend had announced that Salsa dance lessons were about to begin. A female engineer was offering them at the company, once a week.

He had acquiesced, but with a counter-proposal. “I’ll take salsa lessons, if you’ll take the sea kayaking skills course. It would be great to do that together. Gliding through the fjords, along the coastal scenery…”

I had actually agreed quite enthusiastically, and we soon found ourselves with ten or so other couples at the ‘office yoga studio now dance floor.’ Some were already keen dancers and kept up beautifully with the instructor. Engineer-by-day and sensuous-salsa -aficionado by night, her fluid steps – one, two three, back, five, six, seven – had the two of us baffled.

We were hopeless and maybe a little disappointed. Where was the opportunity for spontantious expression, the freedom of movement? And where was my long-ago cheerleading acumen, my ability to pick up dance steps without missing a beat?

Our zest for the lessons petered out by week three, maybe four, but now it was my turn to deliver on my part of the pact, that pesky kayaking. I had noted ruefully that Bruce had passed his kayaking course in the balmy month of May. How on earth did I end up with dismal days of October? 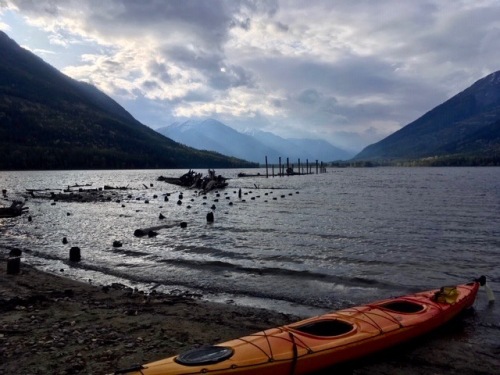 But there I was, the instructor waiting not-so-patiently for my roll. Many of the kayakers had already completed their first and were now showing off with their second.

I leaned to the left, hit the water, gurgled my way until I was upside down. As predicted, I couldn’t thrust myself around to the other side. I was trapped, upside down in the North Sea. I panicked. I kicked with all my might against the oval-shaped rubber seal and as it came free, I flailed my way to the surface of the water… spluttering, bewildered, half-drowned and bedraggled.

The brusque German instructor looked at me, unfazed.

“Ok?” I had barely nodded before she boomed, “Now try again!”

Of course one can kayak without this certification, yet somehow, I knew that if I failed this, right there and right then, I might be afraid to know the true wonder of sea kayaking…. to ride the waves then gaze from a fjord’s waters up to chiselled granite cliffs and swooping eagles. I might never ply the open waters, through clustered islands dotted with quaint wooden hyttes, aromas of birchwood fires evocatively scenting the air.

I might miss the wonder of gliding into a vista – onto the canvas of nature’s masterpiece – embracing the call of the loons and the passing gaggle of ducklings as my sweetheart and I paddle together in our double kayak. What if I never had the opportunity of revelling in the serenity of silence, gazing towards the land in reverence, our children in silent communion beside us.

So, yes, I did that darn roll again. Of course, it wasn’t perfect like Sven’s, but with all my will and might, I got a ‘pass’ from the instructors. Still now, I refuse to seal myself in completely.

As I write today, autumn has tinted the trees in hues of gold, rust and deep red. We might just make it out on the water for one last autumnal paddle. We’ve paddled often since we returned home at the end of July and, indeed, the ‘salsa-kayak pact’ has turned out to be one of lifes’ most fortunate agreements. 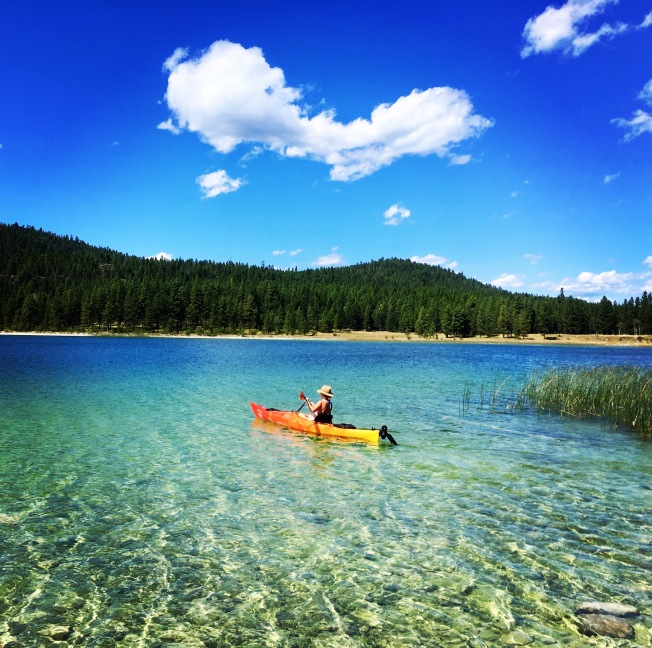 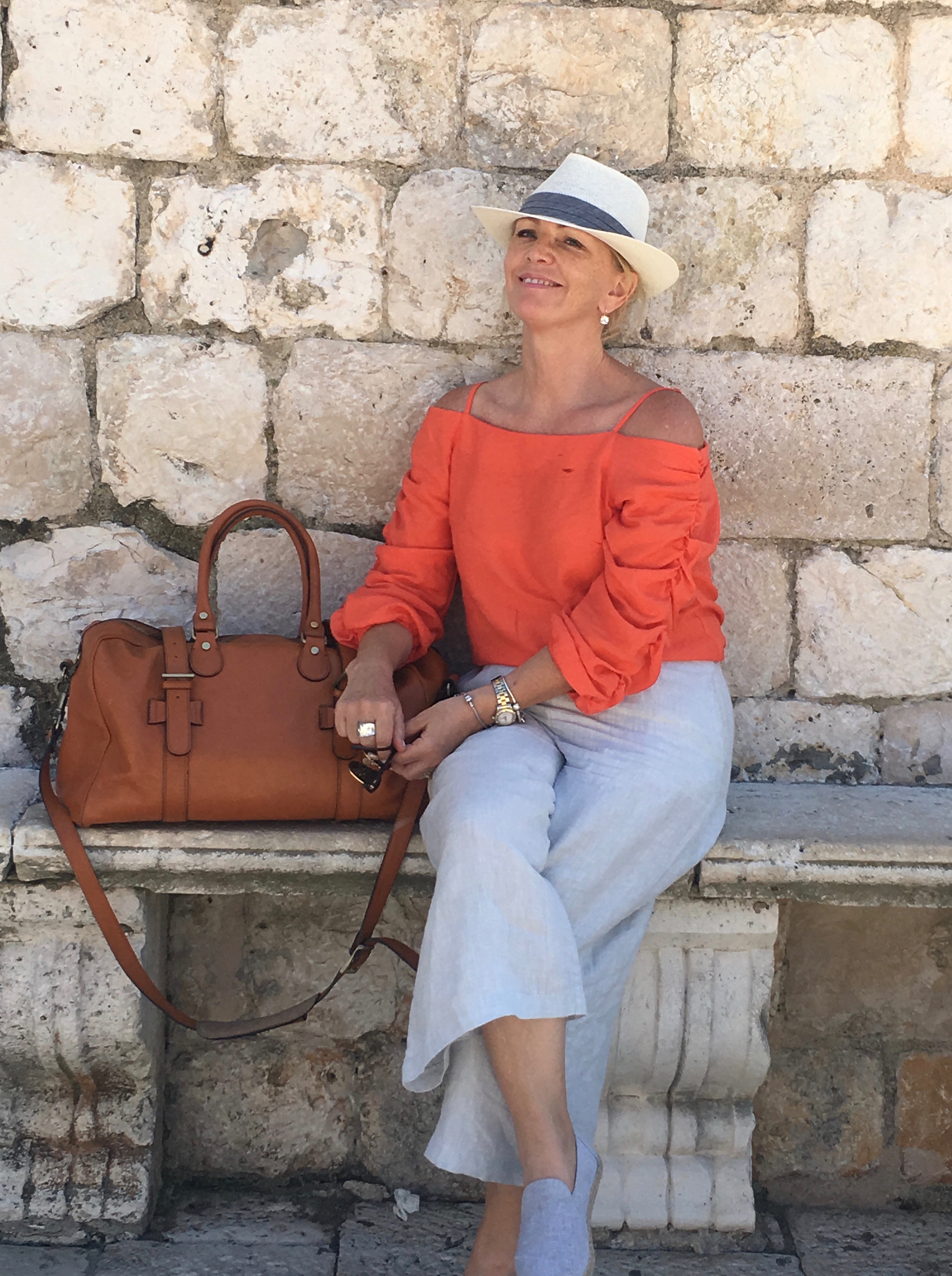 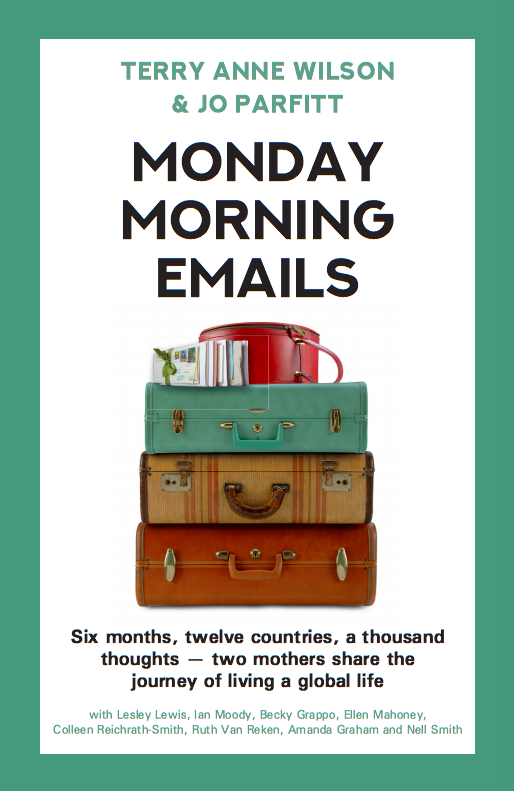